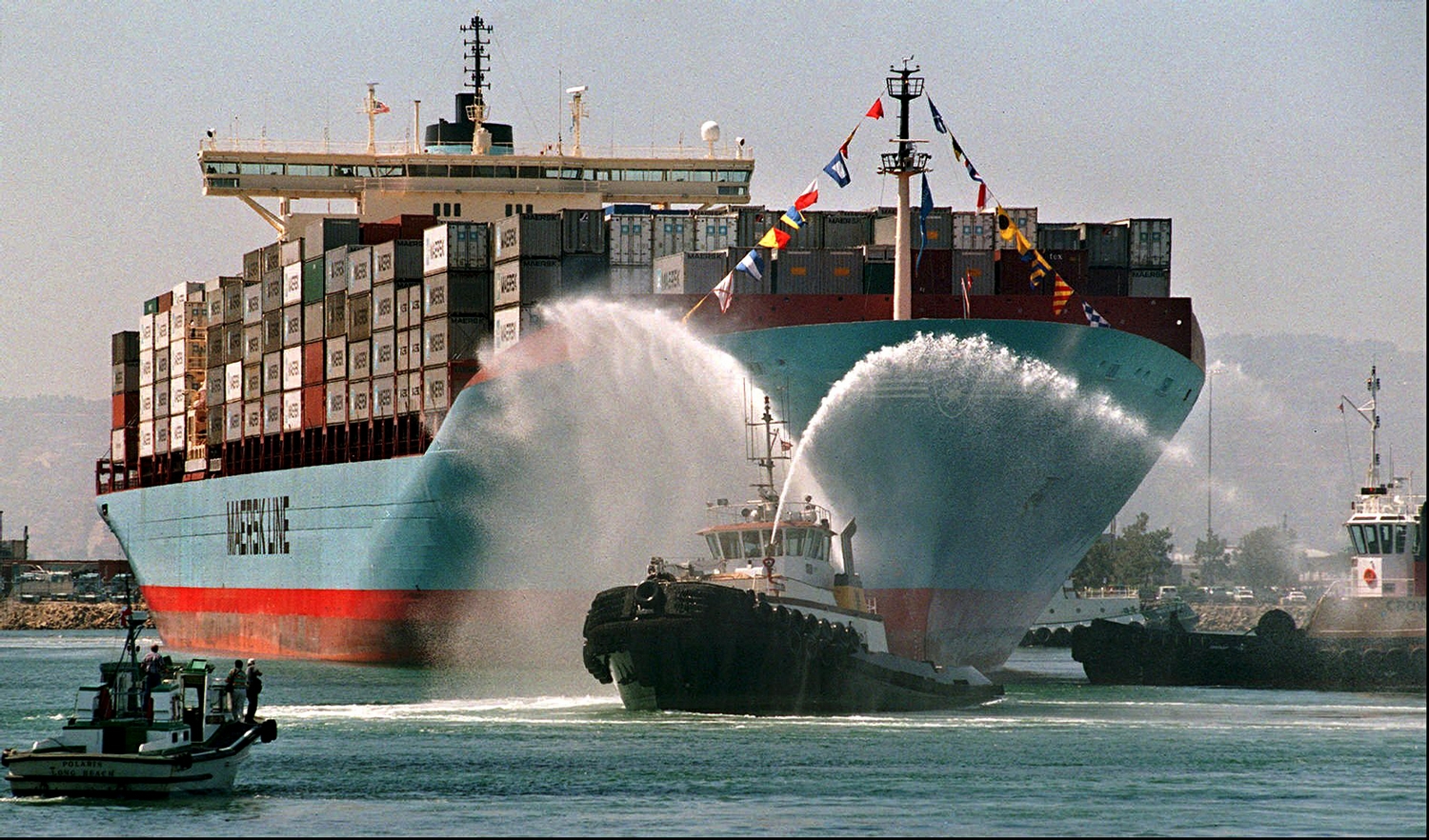 (Below is a follow-up on the previous post, “The Media Miracle in Maersk Line”. It’s the English translation of Maersk Line’s “10 social media commandments” which Danish comms site Kforum.dk asked me to write.)

§1 It’s communication, not marketing
It sounds simple, but it’s not. This is where most people get it wrong. Most companies – and their agencies – simply don’t understand the premise itself, namely that social media are the users’ domain. It’s akin to a dinner party. Marketing therefore doesn’t work, unless one would like to avoid being invited back the next time around. Be honest and engaging and ensure that you are on an equal level. Don’t create designed, marketing-oriented stories. It has to be simple and authentic.

§2 Do it yourself
At Maersk Line I have pretty much done it all myself. I was given the mandate to do it and then took ownership of the project as anyone else would. My boss was completely confident about my strategy once it had been approved, and the fact that social media platforms are so easy to use means that you don’t need outside help. Besides, it comes across as untrustworthy when an agency posts messages on behalf of a company. You have to be in the thick of what happens at the company and be able to pick up stories and trends from there. This enables you to react immediately and to avoid having to wait for the agency to conclude a meeting with another client first. Finally, you have to be passionate about it and ‘live it’ every day.

§3 Keep costs down
I would imagine that the amount we spent had a lot to do with why we won “Social Media Campaign of the Year”. Since everything has been created internally, we haven’t spent more than just under USD 80,000 in a year and three months. This has been spent on advertising on Facebook, LinkedIn and Twitter, on a so-called publishing tool and on some tabs on Facebook. We have done the rest ourselves.

§4 Don’t be afraid
You don’t know yourself and your audience until you get started. So you will need to feel your way. And you have to keep testing. Outline a sound strategy and some ideas in advance, but be prepared to learn and make adjustments constantly. An interesting aspect of social media is that you get feedback immediately, which means that the learning curve can be very steep. What works where and how for us? Which stories are relevant to both us and our target groups? I have set up profiles on various networks pretty much to suit my own preference. I have just thrown myself into it.

§5 Improvise
People tend to think that this aspect of what I do is far-fetched. But I haven’t planned a single post throughout the entire year that we have been doing this. You just sit down at the keyboard or use your mobile phone when there is something to say and then you do it as well as you can. Conversely, if you plan to send out a certain story next Wednesday at 12:00, it then turns into a marketing exercise. Then you lose the moment. And then you (or the agency) also spend too much time on it.

§6 It has to be simple and visual
There is a reason why Twitter has limited tweets to 140 characters each. It’s because there is practically no one who wants to read much more than that. Don’t convince yourself that everything you have to say – or your company has to say – is exciting. The users decide whether to spend time reading your post, or not, in a split second, based on a combination of what is said in the first few words and whether they usually find the company’s information relevant. And then there is the visual aspect: a good photo can change everything (fortunately, Maersk Line has a lot of fantastic photos).

§7 Tell stories
One of the growing trends at the moment is that companies have started to hire corporate journalists. It’s about ditching the marketing plans and taking on people who can unearth and tell stories in a lively and credible way. And this includes both good and bad news. Or rather, it’s not about being positive versus negative. It’s just about telling a good story that reflects reality. It is therefore also imperative that the company really is ‘good’ and has nothing to hide. Otherwise this wouldn’t be the smartest approach.

§8 Ensure the organisation is behind it
The most important element of being responsible for the social media is to ensure buy-in from the rest of the organisation. Having a few people engaged in it in isolation doesn’t work. Social media and technologies have a lot to offer any company – and they could even be seen as introducing a paradigm shift. In the ‘old’ days, people in business were convinced that it was important to keep one’s knowledge close to one’s chest in order to avoid losing power or status. Today, people have increasingly come to realise that the better you are at sharing your knowledge, the more influence and status you have. And that way of thinking and working should preferably spread throughout the entire organisation, and thus enable social technologies to optimise the way people think and work. Another reason why it is important to ensure the organisation’s buy-in is that its users (the company’s fans, followers, etc.) would like to meet its employees. People need to see a face behind the company. By making the company more human, you start to build credibility and trust with your customers. In addition to this, one’s colleagues can help answer questions posed to the company on Twitter, for example.

§9 No mass distribution
When a company such as Maersk Line has a presence on ten platforms, people might be led to believe that this must result in ‘mass distribution’, i.e. that we share the same content everywhere and, in reality, just push impersonal messages out to the public. In fact, the opposite is true. We have a presence on all of those platforms because it makes sense for us. We are there because we want to communicate and because we are curious. If this had been all about campaigns, we would actually not have been on so many platforms. If that was the case, we would rather have targeted a certain target group on a specific platform. When I see a company that participates in a relatively small number of platforms, I take it as a sign that they are there with a campaign approach in mind: “Let’s do a Facebook campaign, that would be cool.” My advice in that regard is: be where your presence feels natural. But you should only participate on as many platforms as you can cope with and you need to allow for the vastly different forms of expression and target groups on various sites.

§10 Build on what you have done
My final suggestion is: keep pushing the envelope and testing the limits of what social media and technologies can do for the company, but make sure to also test the water. We just finalised a larger scale study on social media and where we are going with it. And there is much evidence to suggest that social media will, on this basis, soon spread to departments such as Customer Service, Sales, HR, etc. And yet we still adhere to a ‘lean’ set-up. It is not about building something big, but about building it correctly. In this case that means across the organisation. There will be no NASA-type command centre, although that could look pretty awesome.

This last point is probably the principal doctrine of ours, namely that “Lean is Fun”.