So, change is not accelerating. But change isn’t a constant either.

In modern history, the most accurate graph to illustrate societal change consists of  continuous or overlapping S-curves. 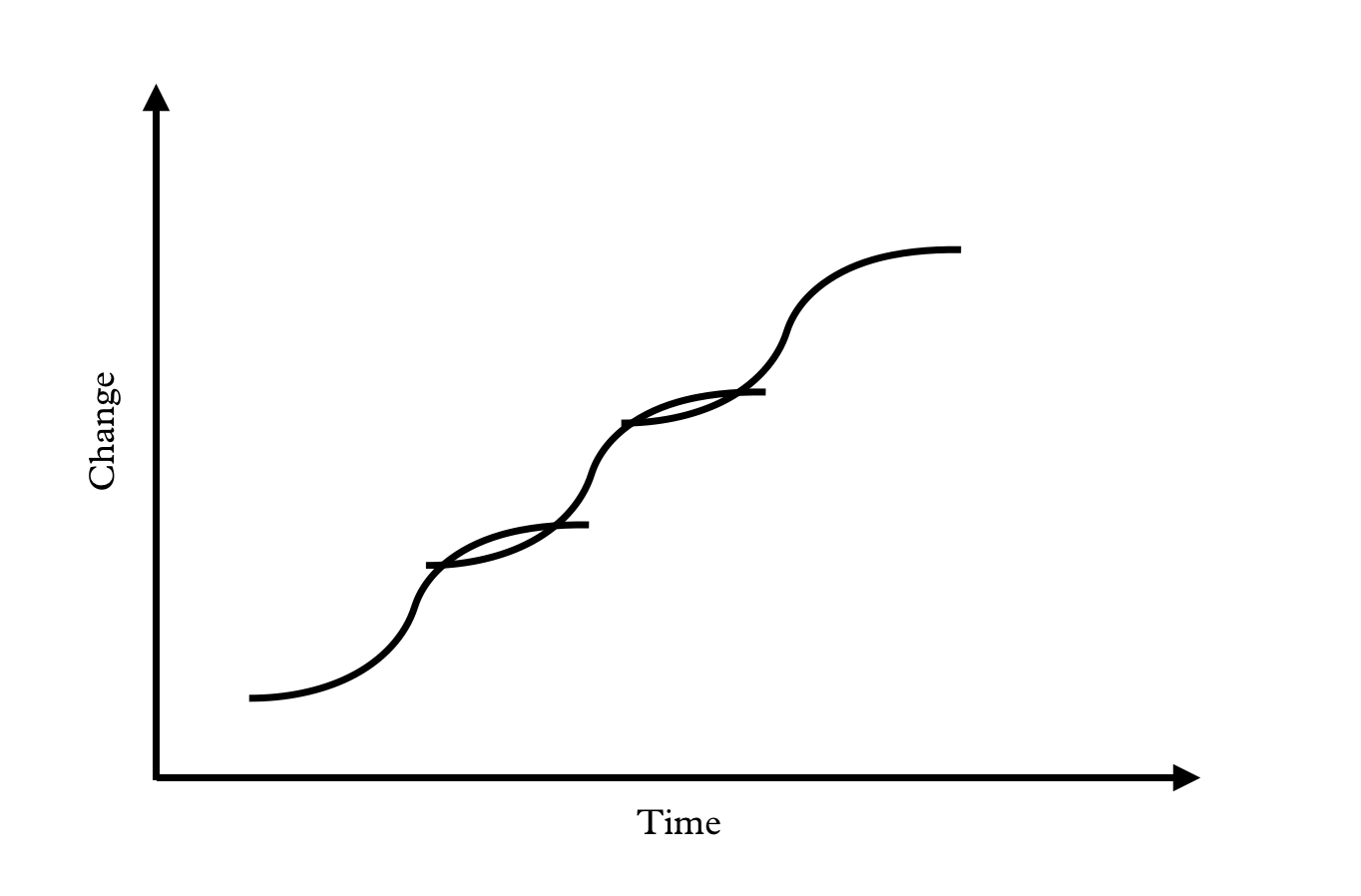 There are periods of frenzy; and then we have the quiet periods.

Are we missing the point?

As it happens, we tend to focus on these periods where there’s rapid technological and institutional change.

But are we right to do that? Are we missing the point?

According to Chris McKenna of Oxford University’s Saïd Business School that is certainly the case:

“From my perspective, I actually think we should spend more time asking questions like: What happens when there’s a pause? Pauses are as important as periods of acceleration.”

There are two reasons for this:

So, as stated in my previous post, we shouldn’t fetishize the second derivative, i.e. the rate of change. We shouldn’t overlook the pauses.

It’s easy to get caught up in the drama of the moment when the curve is steep and an industrial revolution is raging. But in the long run, the quieter periods are equally important.

Why boring will win

That’s when the real and boring work begins. And that’s when businesses should stay focused – when the initial appeal and sexiness is long gone.

In short: The boring companies will be the winners of tomorrow.

That’s why you should mind the pause.