The collaborative economy is on the rise. It’s the third phase of social: First came social media where the media landscape was democratised as people started sharing and creating media; then came social business where businesses started using social technologies across the enterprise; and thirdly came the collaborative economy which is about sharing and creating physical goods and services.

You know it from the likes of Airbnb, Uber and Kickstarter.

As readers of this blog will know the collaborative economy has also spread into logistics where people are using technology to share storage and making the most of existing movements. Among other things we see a phenomenon like “crowdshipping” appear (I believe I actually coined that word myself, but am not 100% sure). You can see my list of the most promising startups within logistics here – most of them are collaborative.

Also, check out my slidedeck from the Supply Chain Conference in Franfurt in June 2014. I talked about its impact on supply chain management.

The Collaborative Economy Honeycomb (version 2.0)
At the center of the collaborative economy, next to the startups, we find Jeremiah Owyang and his Crowd Companies. Jeremiah is effectively keeping track of this space while bringing the members (mostly Fortune 500 companies) of his council together to understand and make the most of this development which is set to be a major disruption for businesses. For some industries (e.g. taxi companies) it already is.

“What role do companies play, if people get what they need from each other?” That’s the question the council is asking and answering.

The collaborative economy will not go away. It’s already funded more than the social networks (Facebook, Twitter, Instagram etc.). And it’s also growing into new areas of the economy.

Earlier this year, Crowd Companies published version 1.0 of The Collaborative Economy Honeycomb which gave a good overview of the collaborative startups and the industries they are in.

And now, earlier today, version 2.0 of the honeycomb was published. Six new industries had been added: Healthcare, Logistics, Corporate, Utilities, Municipal and Learning.

Regarding the impact of the collaborative economy I will refer to his open doc tracking how it’s funded: http://bit.ly/1ysP80z

Below you find the hi-res version of The Collaborative Honeycomb version 2.0. 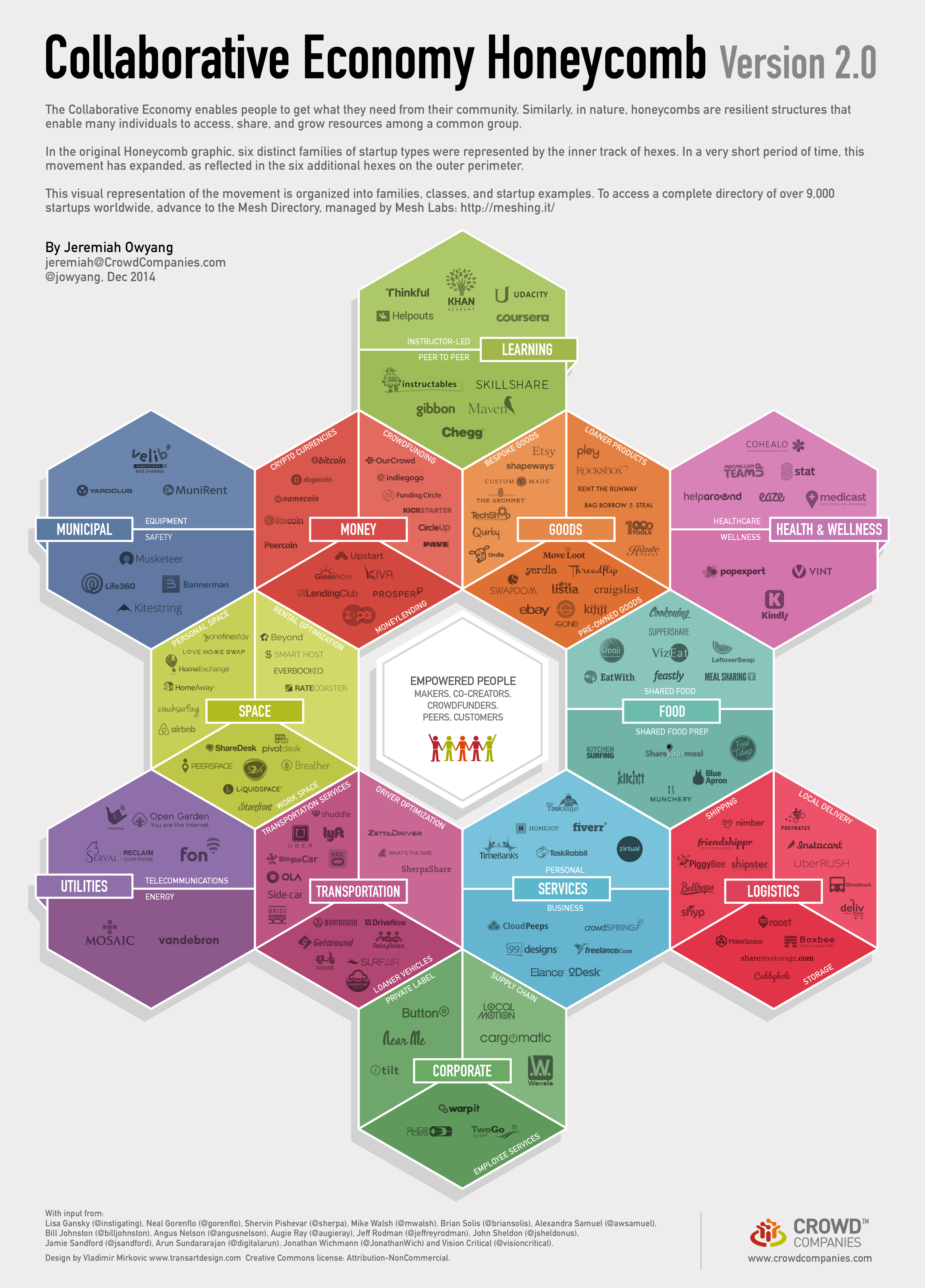 Why brands need to stop talking about themselves. And other content marketing lessons from Guitar Center.

Why brands need to stop talking about themselves. And other content marketing lessons from Guitar Center.